Mzingeli is an independent creation house and publisher of extraordinarily designed printed matter that matters, from books, calendars, posters and postcards to Tshirts and artifacts.

Social in spirit and determination, intelligent in approach, our oeuvre is compelling and evocative, nourishing the individual spirit and enriching the broader culture through passionate creativity.

Founded on the notion of celebrating the power of design to embrace and explain our social complexity, Mzingeli epitomizes originality that transforms ways of seeing. The inspiration behind the name comes from the Zimbabwean revolutionary Charles Mzingeli (1905 - 1980).

Imbued with humanity, ours is an international voice committed to the energetic publication and fabrication of contemporary and inspiring works of quality in terms of ideas, content, design, and production.

Want to purchase A World of Questions? 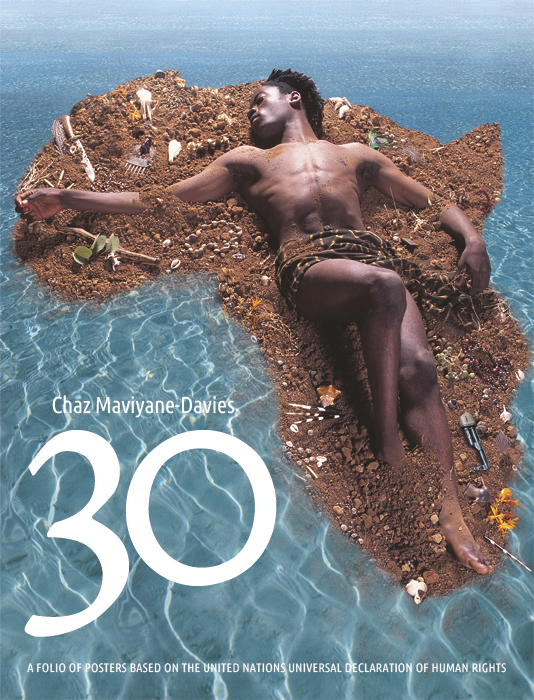 Click on the cover to see 9 of the 30 posters

30: A FOLIO OF POSTERS BASED ON THE UNITED NATIONS DECLARATION OF HUMAN RIGHTS

30 is a 64-page paperback book (8.5” x 11", 21.6 x 27.9cm) which catalogues an amazing folio of posters based on the UN Declarations of Human Rights, conceptualised from an African perspective. Through the lens of his entity and imagination, Chaz Maviyane-Davies has designed this enduring set of posters to heighten world-wide awareness of the constant denial of universal human rights and the inherent inhumanity of “civilized” life.

Shot entirely in Zimbabwe and Madagascar, these compelling posters, based on dignity and preservation, exist as a tribute to the resistance and humility of African people. These beautiful posters utilize contemporary, dynamic images that reflect and reconstruct traditions and values of African culture that are often disregarded in a world consumed by technology.

30 is beautifully printed on 150gsm silk text paper with a matte laminated cover.

FREE SHIPPING to the continental USA, and a special discounted mail price to the rest of the world.
Bulk orders available upon request.

Exhibitions of 30 available upon request. 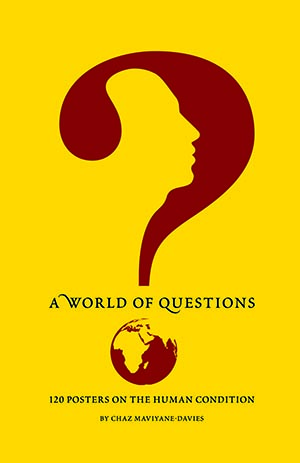 a wORLD OF QUESTIONS: 120 POSTERS ON THE HUMAN CONDITION

Book and exhibitions of A World of Questions available upon request.

These posters and more by Chaz Maviyane-Davies are available for purchase at maviyane.com 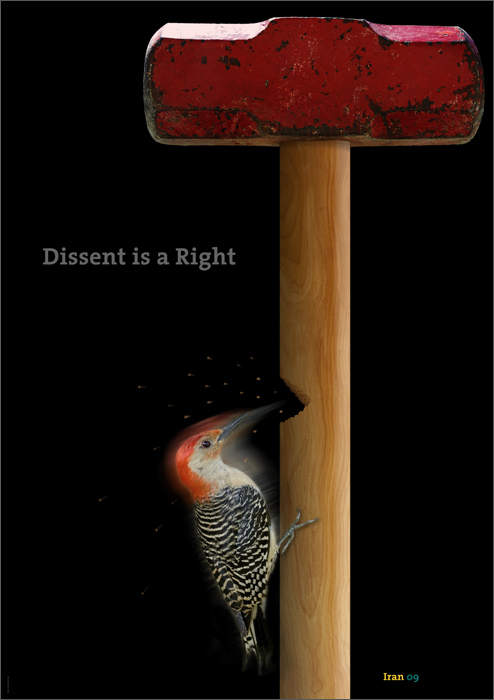 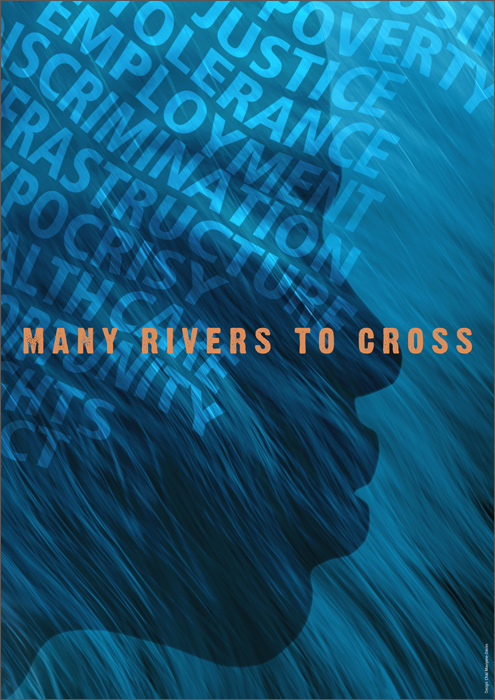 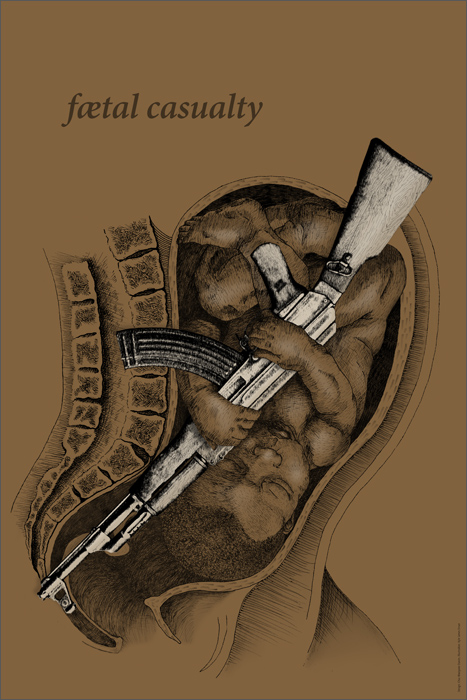 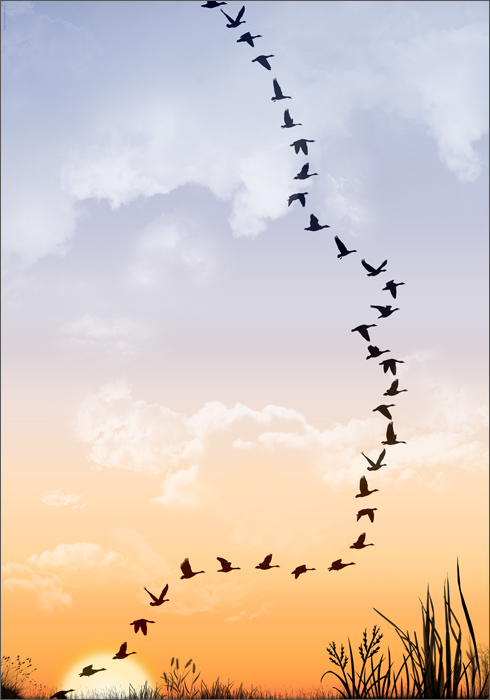 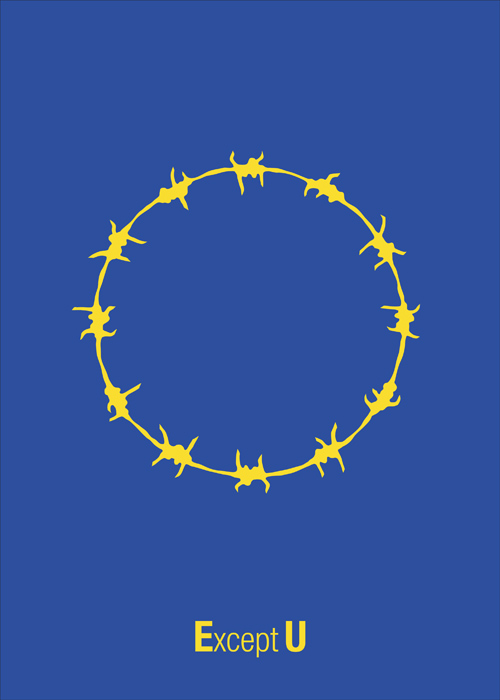 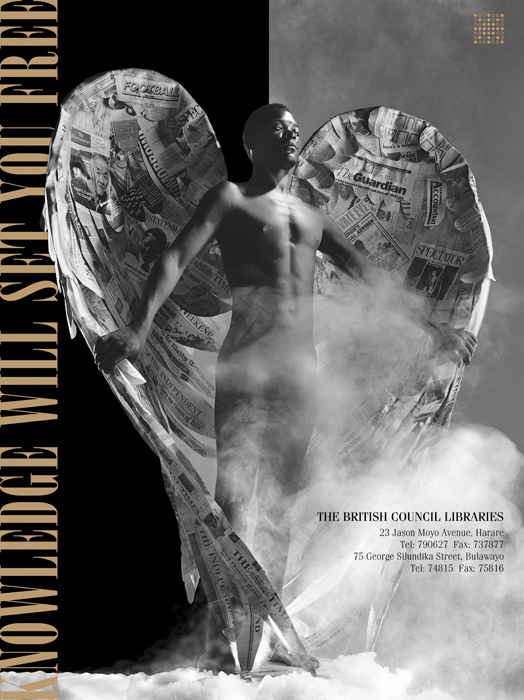 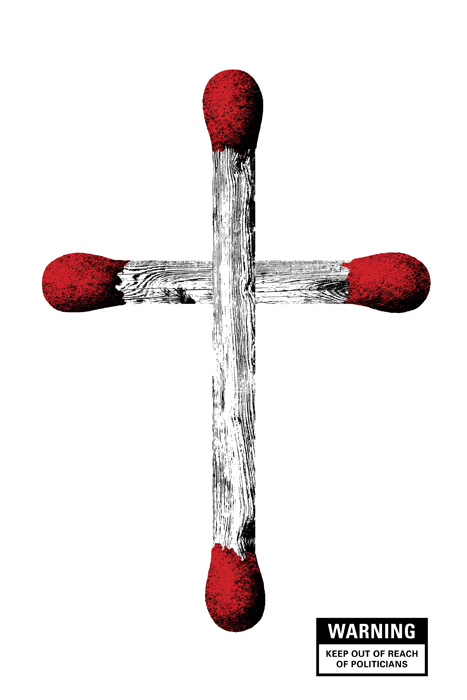 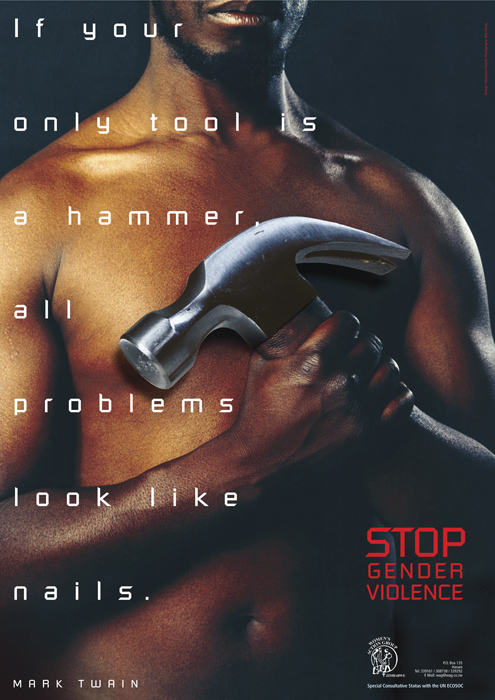 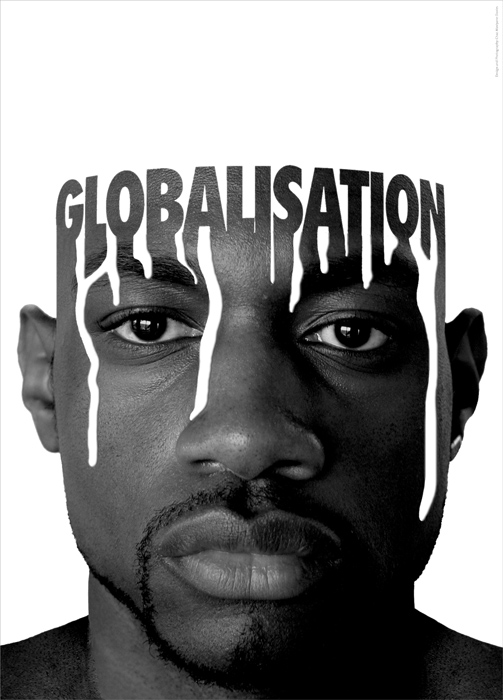 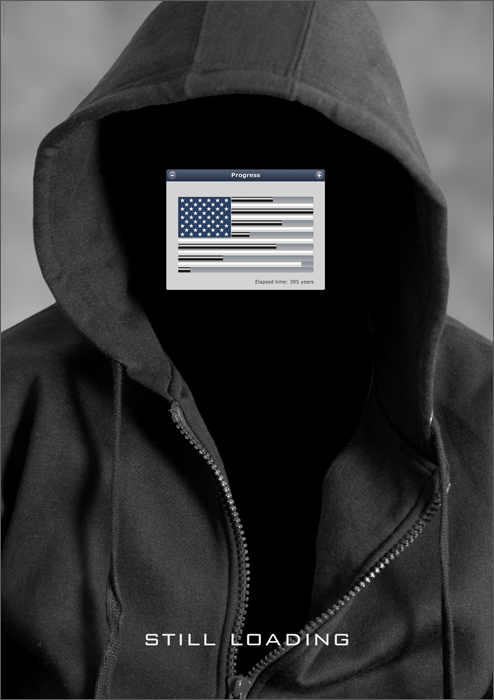 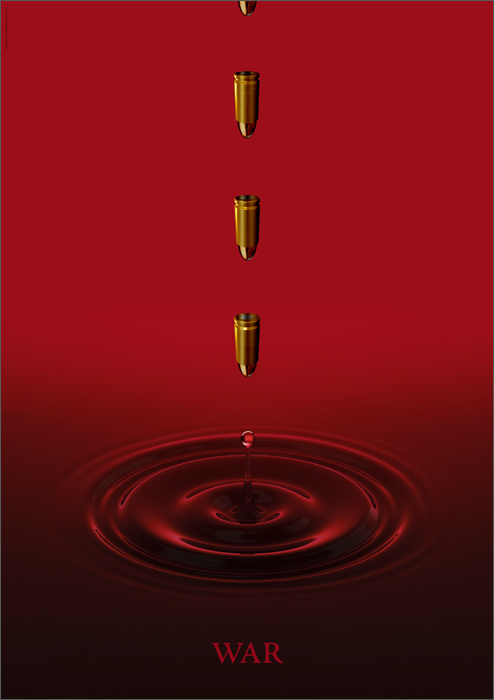 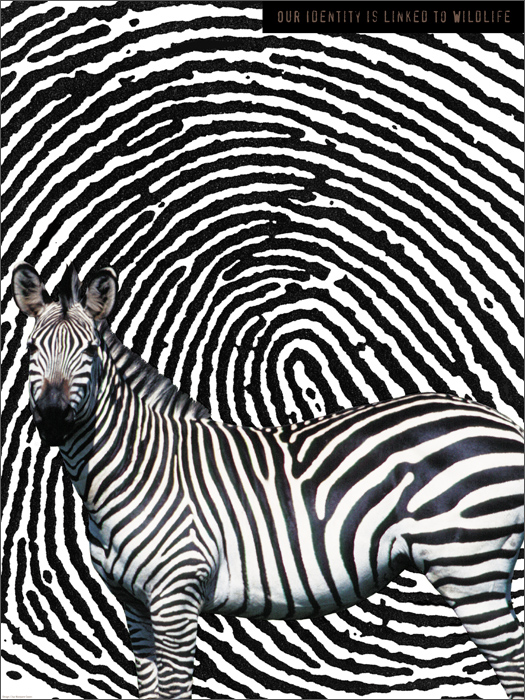 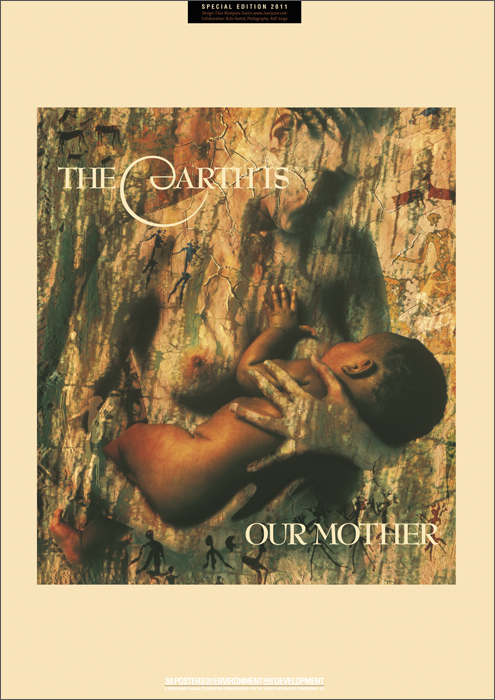 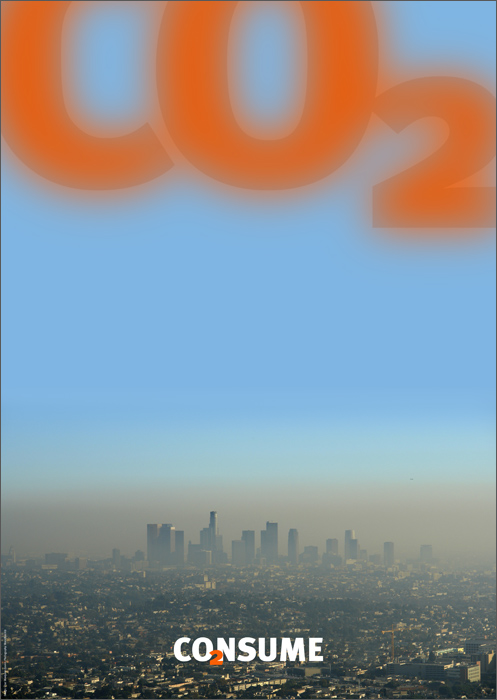 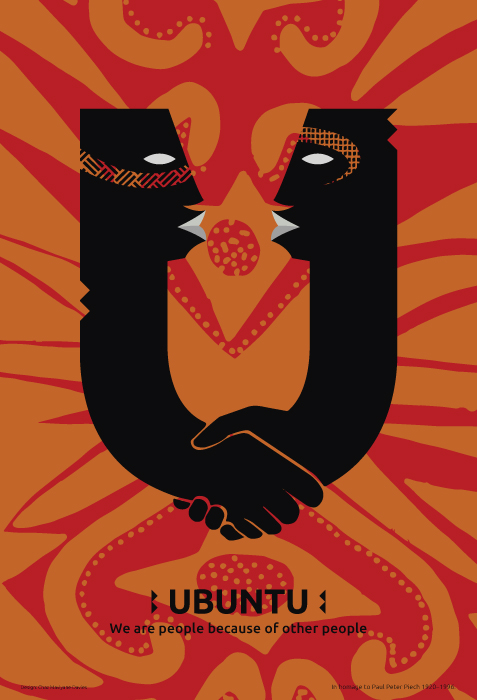 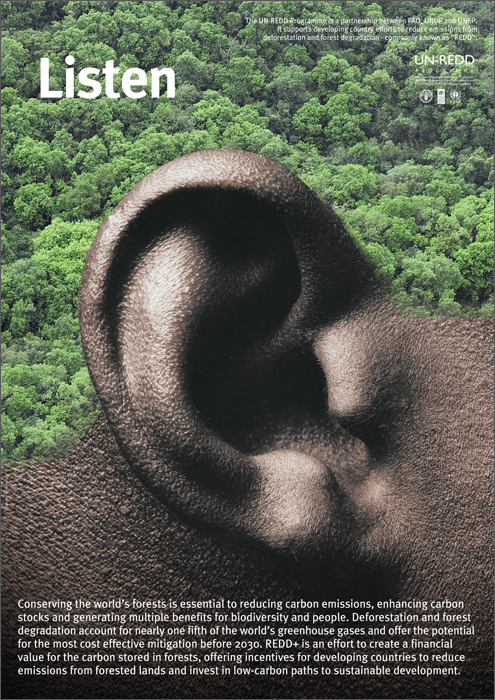 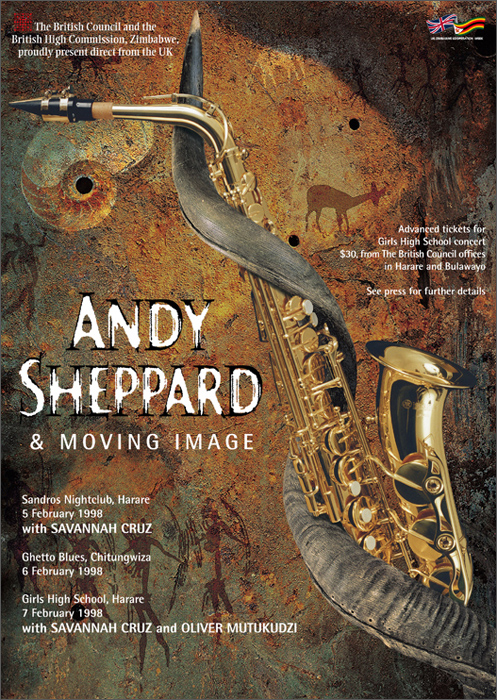 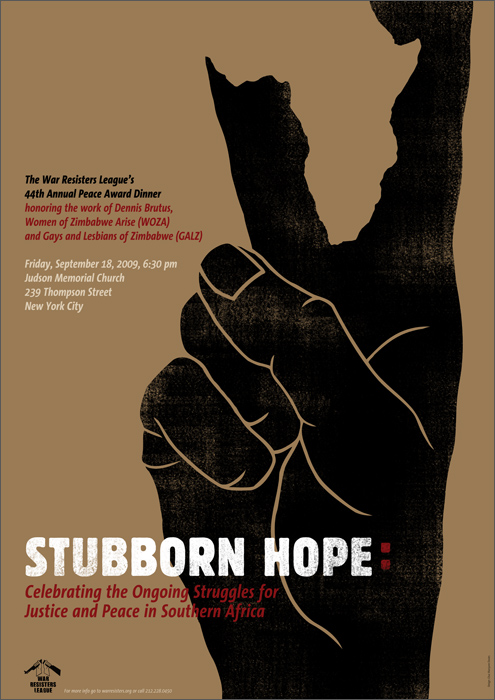 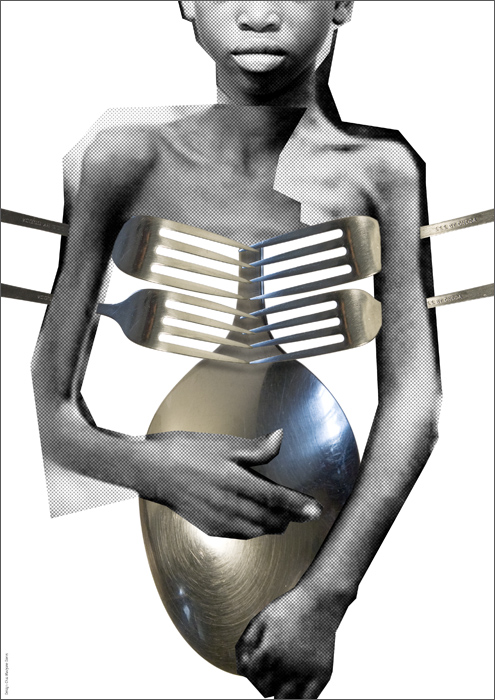 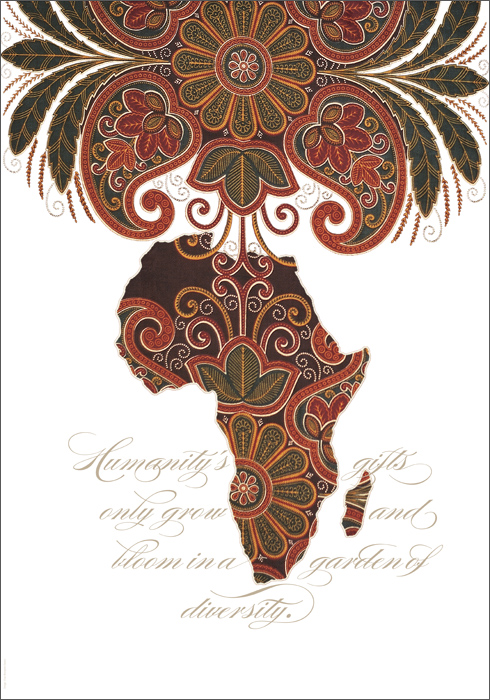 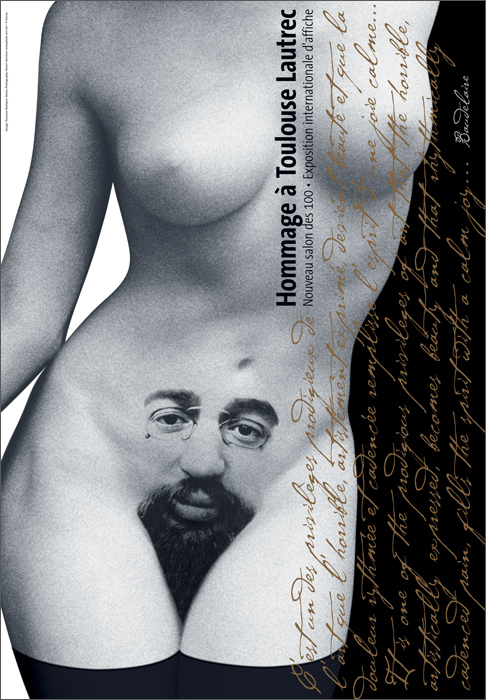 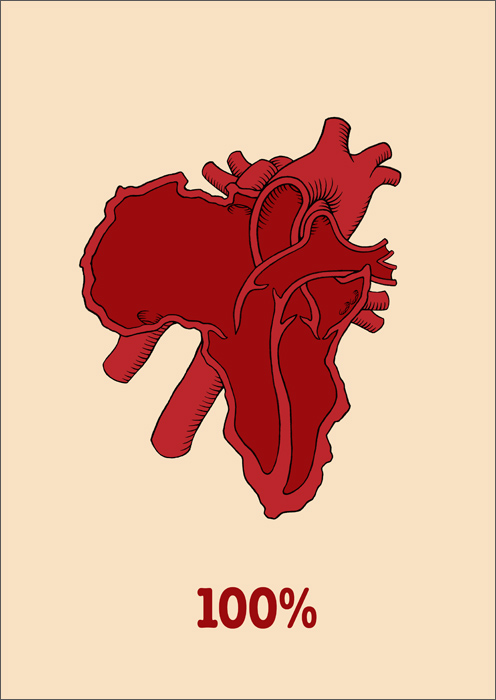 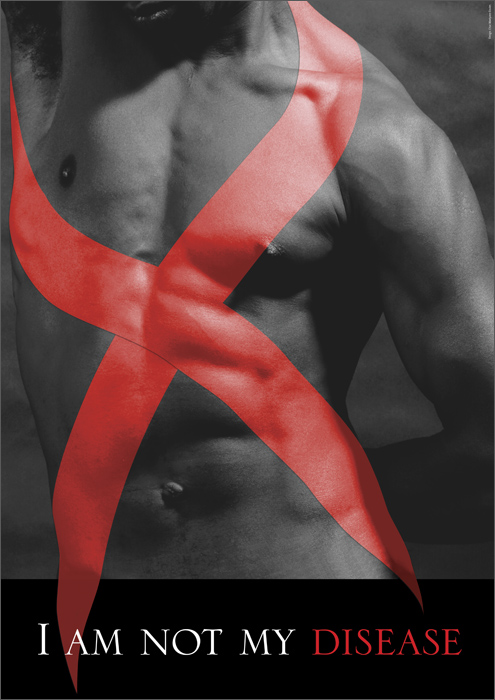 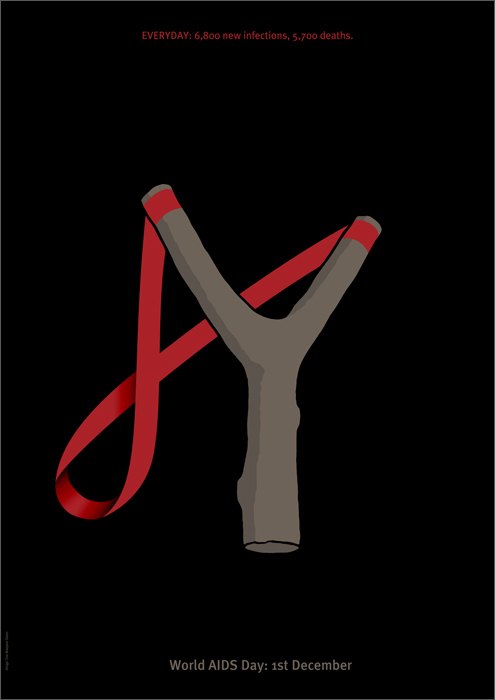 Reviews for A World of Questions

Chaz Maviyane-Davies has been one of the most powerful voices in the world of graphic design for over three decades, during which he has created an unprecedented body of work addressing the most important political issues of our time. In A World of Questions, Maviyane-Davies masterfully presents an extraordinary and potent collection of posters revealing all aspects of the human condition and does so in a way that is riveting, heartbreaking, challenging, in your face and poetic. This collection is an utter tour de force.
-Debbie Millman, design author, USA

Impressive. Each of Chaz Maviyane-Davies “question-world” posters has the virtue of discouraging an immediate answer, bringing silence and then, for everyone, the incandescent need to think about it. The stakes are high.
-Pierre Bernard, graphic designer, France

A striking, comprehensive and visually powerful testimony to the world’s issues that provides an inspirational tool for change makers around the globe.
-Jakob von Uexküll, founder of the World Future Council and the Right Livelihood Award, Sweden

Design at its most significant is about creating change in ‘a world of questions.’ The need for change around the critical issues of our time is clearly and powerfully expressed - congratulations
-Milton Glaser: graphic designer, USA

I have always thought that it’s a designer’s task to use their wisdom and creativity to express themselves about pertinent social issues. A Japanese proverb says “We can see nothing without the mind” and that is embodied in this book that rises up against injustice with dignity. What is impressive is the mutual effectiveness of combining quotes with powerful visual renditions of the enduring questions of today.
-Mitsuo Katsui, graphic designer, Japan

I just LOVE this work. This brilliant collection of posters is an essential compendium of everything that describes and concerns us as a species at this point in time. Concise and comprehensive, It is a remarkable snapshot of where we are and suggests how we must move forward.
-Anita Kunz, artist, Canada

This book illustrates that indeed nothing is what they seem to be. The posters pose more questions than may arise at first view.  They evoke a sense of wonder and sometimes joy at the wit displayed. But hopefully they will arouse in you a sense of anger. As Frantz Fanon wrote, “Each generation must discover its mission, fulfil it or betray it, in relative opacity.” That admonition remains apt today. If A World of Questions does not make you think, think and rethink, you may be right to think that you are probably dead.
-Nnimmo Bassey, grassroots environmental activist and former Chair of Friends of the Earth International. Benin City, Nigeria

Chaz Maviyane-Davies creates compelling and meaningful messages through the precise juxtaposition of strongly dissimilar symbolic images. In A World of Questions, he eloquently pairs this expertise with significant quotations that address the fundamental concerns of human existence, culminating in a unique collection of posters bound together in a powerful and beautiful book.
-Rebeca Méndez, 2012 National Design Award winner, USA

Mark Twain said “They did not know it was impossible so they did it” While Chaz’s phenomenal posters are now praised around the world, it is redundant to talk about his type, colors, shapes or forms. His mastery lies in being the voice of those who have no voice. Chaz inspires love and respect because he is an art fighter for Justice and Peace driven by his creative defiance.  His eyes are not eyes because you see them. They are eyes because they see you.  Well done my friend
-Ronald Shakespear / F / Segd, Honorary Professor University of Buenos Aires, Argentina

I am a big fan of this man, born in Zimbabwe. He is a great artist, designer, typographer and most of all a real human being and a critic of life. He will pursue the world with his opinion of the reality of the truth. The content of the message always defines the shape-image-language in the work of Chaz. He hates populist, trendy and commercial aims. His designs are mostly direct, politically charged , visionary, but also often poetic, philosophical and wonderful. Thanks Chaz for these 120 wake-up calls. Let everybody take out all the posters of this book and let them hang these on the walls all over the world.
-Swip Stolk, designer, AGI, The Netherlands

A World of Questions  will not only inform you but also inspire and ignite action towards a healthy, sustainable and just world. Chaz’s passion, courage, creativity and conscience are bundled into stunning images, deep insights and piercing messages are captured so beautifully that they bring the kind of uplifting that we need in our quest for a better world.
-Anwar Fazal: international consumer activist and recipient of the Right Livelihood Award, popularly known as the “alternative Nobel Prize”, Malaysia

Chaz has great moral integrity.  The most needed thing in this world. He is asking the right questions. I have a question. Why isn’t everyone like him?
-Maira Kalman: author & illustrator, USA

In his powerful book A World of Questions Chaz Maviyane-Davies poses 120 provocative questions with strong symbolic images, that denounce our dramatic reality, beseeching us to find the answers before it is too late. Designers don’t have the same power of the politicians to change the world, but Chaz has been able   to provoke serious reflection - and possible reaction - from the viewer with his question mark posters. This amazing book is for anybody who appreciates the power of visual metaphor. In the words of the french philosopher Roland Barthes “The image… always has the last word”.
-Armando Milani, designer & publisher, Milano, Italy

A World of Questions is a series of astonishing posters nearly unprecedented in history of social design and extraordinary in their content, scope and creativity. Chaz Maviyane-Davies successfully translates difficult ideas into concepts easily understood by the public through the medium of his posters. At the same time his work draws attention to numerous unresolved social problems throughout the world, thus becoming a reference and a source of inspiration for other creators.
-Felix Beltran, graphic designer & educator, Cuba/Mexico

Today, we face a complex world that challenges our confidence in securing a meaningful and rewarding journey. In A World of Questions, Chaz Maviyane-Davies helps us to discover clarity by inspiring in us the essential competency for this century—curiosity—and equipping us with a vision of values to belay us on our climb. This is a timeless and essential companion for exploring life and resilience.
-Ric Grefé, design advocate, USA

In our time, this mountain of self-authored work created by Chaz Maviyane-Davies has brought new social value into the graphic design industry.
-Jianping He, graphic designer and publisher. China

A most thought provoking work. Each of the images is accompanied by a brief quotation, dealing with different aspects of the world as it is and as it might be. Sometimes the quotations are cryptic and others have a more specific proposition, All the images are in the form of question marks, ingeniously distorted to give visual equivalents to the quotations. Many of the images are compelling and memorable. Some of the posters already have their place on one of the walls in my studio and has become a talking point for visitors.
-Ken Garland, designer, photographer and writer, UK

In his book “Exercises in Style”, French writer Raymond Queneau imaginatively found 99 ways of interpreting one story. With the visually imaginative use of 120 question marks, Chaz Maviyane-Davies challenges us to contemplate the state of our universe, all with surprising and inspiring results.
-Giovanni De Mauro - editor in chief, Internazionale magazine, Italy

Once again Chaz Maviyane-Davies reframes the issues of our time with through his enlightened means of challenging expression. A World of Questions invites a lifetime of answers as Maviyane-Davies reminds us to be bold and empathic is nobel.
-Rick Valicenti, recipient of the Smithsonian, Cooper-Hewitt National Design Award, USA

Chaz the curious researcher meets Chaz the designer, artist, philosopher in a clash of moral, existential dilemmas pertaining to man and nature. He deals with a vast variety of deep subjects that are relevant and have a strong impact on our world. Chaz uses a connection of quotations from the historic memory of the human mind and corresponds with those insights in intellectual and visual forms that are both original, brave, surprising, systematic and relentless.
-Yossi Lemel, Graphic designer, Israel

The questions Chaz points through out his impressive book A World of Questions are topics that each one of us should be asking - and trying hard to get an answer. All these big question marks should be over our heads constantly, forcing us to really ask ourselves if our behavior with mother earth is right. Such an important book from one of the most perfect visual translators the graphic design field has ever seen.
-Felipe Taborda, graphic designer, Rio de Janeiro, Brazil

There are not many renowned designers who invest so much of their creativity on global social issues and concerns as Chaz Maviyane-Davies. This visually sophisticated poster compendium is filled with love for humanity, its struggles and its future.
-Mehdi Saeedi, graphic designer, Iran

Thank you! Your submission has been received!

Oops! Something went wrong while submitting the form :(